A snapshot of some of the biggest and best names taking the franchise industry by storm. 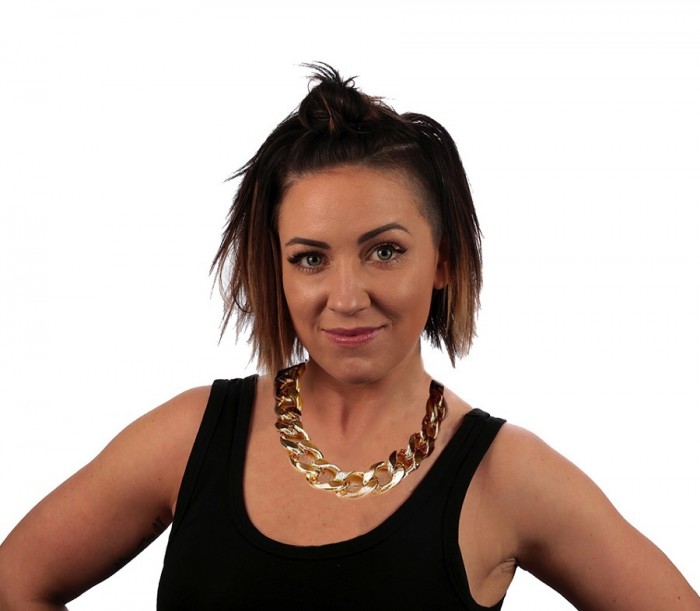 “I set out on a mission to inspire and empower women to celebrate their uniqueness and rock what they’ve got,” says Kyla Dufresne, founder and CEO of Foxy Box Wax Bars, the Canadian beauty brand specializing in creating a warm and inclusive environment for intimate waxing.

Since launching the brand in 2012, Dufresne’s journey to operating two corporate locations and three franchised stores hasn’t been without its challenges. “I sold my first franchise five years ago before I really understood what franchising meant,” she explains. “There are so many valuable lessons that I learned from this experience which allowed us to get to the position we’re in today.”

These lessons include understanding the fundamentals of franchising, systemizing everything so the operations manual becomes a cover-all bible, and to understand and harness your differentiator.

“Franchising can be a really incredible opportunity for people wanting to get into business,” says Dufresne. “Be 100 per cent sure the brand you choose is one that elevates and inspires you, and one that you can align your beliefs with.” 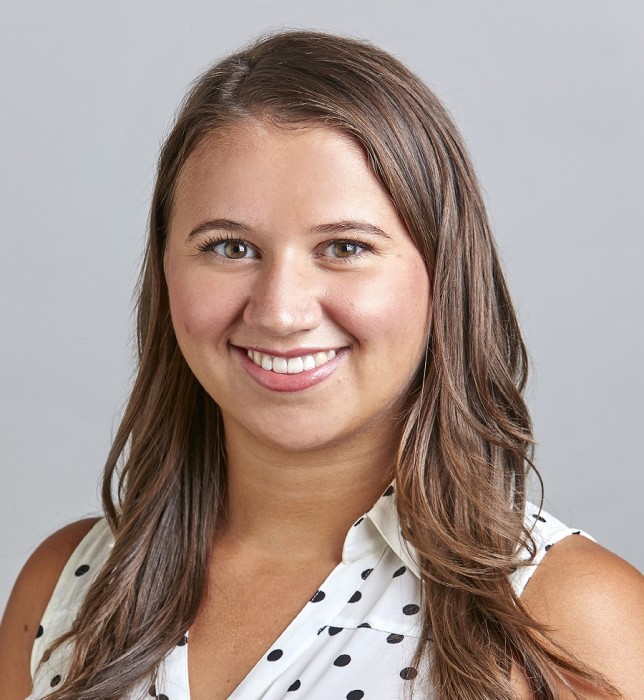 It’s just as important to recognize the individuals who act behind-the-scenes of the franchise industry, as it is the franchisors and franchisees running brands. Individuals like Gabriella Ferrara, who joined PwC at 22 and now, four years later, works on assisting the biggest franchise brands with their digital marketing efforts through PwC FranSuite.

“Franchising is like a family and everyone wants to support one another to see them succeed,” says Ferrara. “In my experience, I have never seen an industry truly come together as a community like the franchise industry, and this has been more obvious than ever since the pandemic.” 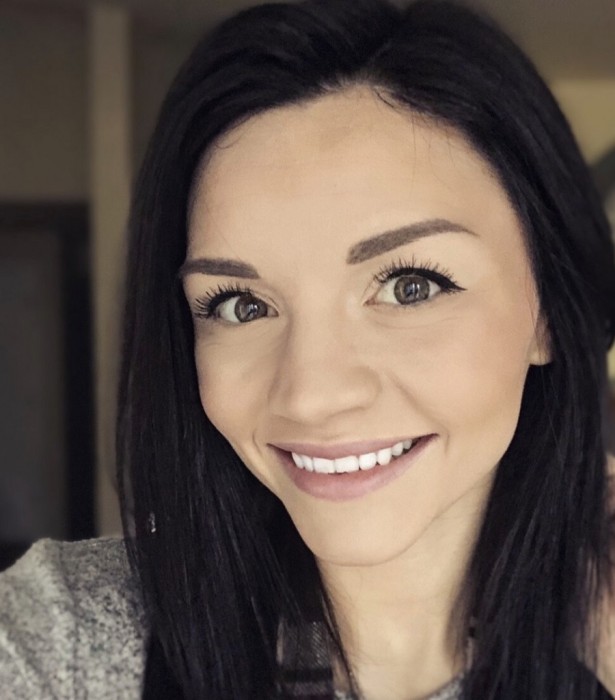 After training to become a nurse, Alyssa Burk decided that it wasn’t the career path she wanted to pursue; she wanted to be her own boss. This led her to become a Kona Ice franchisee at only 22 years old, and she now operates three units, with the goal to extend to five very soon. “Hard work and dedication will get you to where you want to be in life,” says Burk. “Every year in business I set a goal that I want to achieve by the end of the year, and somehow I always end up exceeding that goal.”

Burk’s fiancè recently started assisting with the business, and the couple’s goal is to be able to eventually achieve absent ownership through the right hires, so that they can enjoy an early retirement off the back of plenty of hard work. 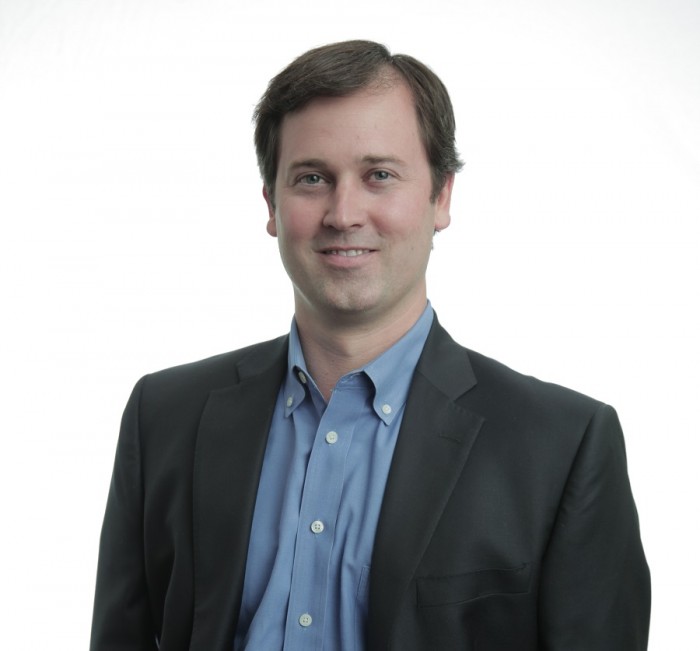 Michael Brown has always been a part of the Children’s Lighthouse family, ever since his father and uncle founded the education franchise back in 1994. He spent his weekends as a teenager watering trees, changing air filters, and maintaining the upkeep of the brand’s several centers, and joined the team full-time at 22 years old.

Now at over 50 schools in eight U.S. states, the Children’s Lighthouse name is synonymous with comprehensive, community-driven education. And Michael’s most important lesson he learned along the way? “Effective communication. Business owners have a multitude of distractions swirling round each day, making it easy to lose focus. I have seen how a strong team that is able to communicate effectively can make seemingly impossible things happen.” 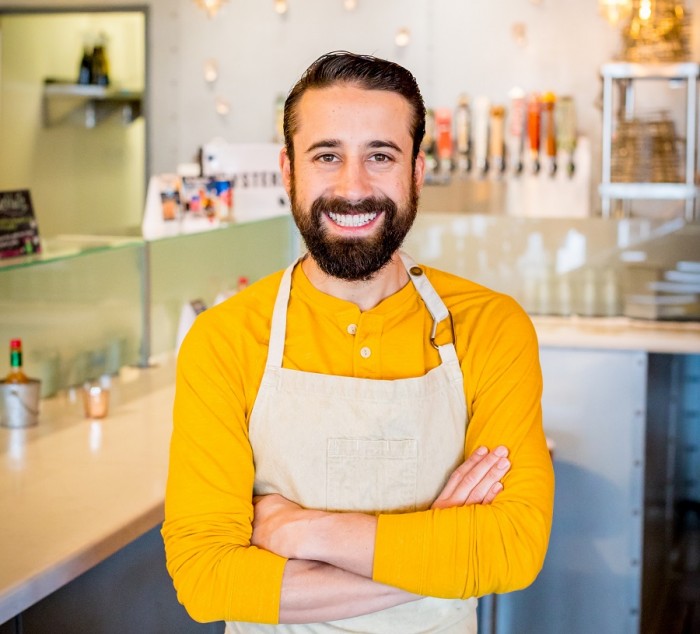 Andrew Gruel’s affinity for food began at an early age, when he would stay home and feign sickness to not go to school, so that he could binge cooking shows and begin learning the culinary arts.

In his career, this passion led him to the founding of Slapfish in 2011; a sustainability-focused seafood franchise that started as a food truck, and has now evolved into 25 brick-and-mortar restaurants across the U.S., with a recent overseas expansion to the U.K.

“The mission of Slapfish is to get people to eat more seafood – more of the right types of seafood,” says Gruel. “In order to do this, I figured it would be best to scale via franchising.” 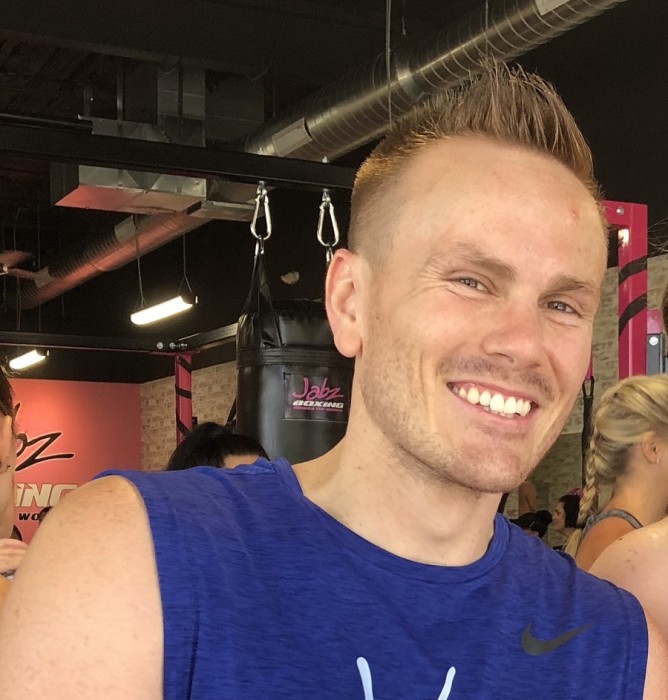 Jeremy Cummings was always aware of the Jabz Boxing brand, as his mother worked as a special needs teacher with one of the original Jabz studio owners. When the brand then began franchising in 2013, the opportunity was immediately on his radar; in fact, he was soon approached about opening his own location. But at 23, the idea was daunting at best. Soon, however, Cummings realized the potential that could come with the venture, and at 25 years’ old, he opened his first location in Glendale, Arizona. Now the owner of two studios, he hasn’t looked back. “I’m so incredibly proud of the Jabz communities we’ve built in Glendale and Surprise,” says Cummings. “We look forward to continuing to empower our members to reach their fitness goals.”

Founder and CEO, What’s your FLAN?

“Do not be scared to fail, for failure is just learning” 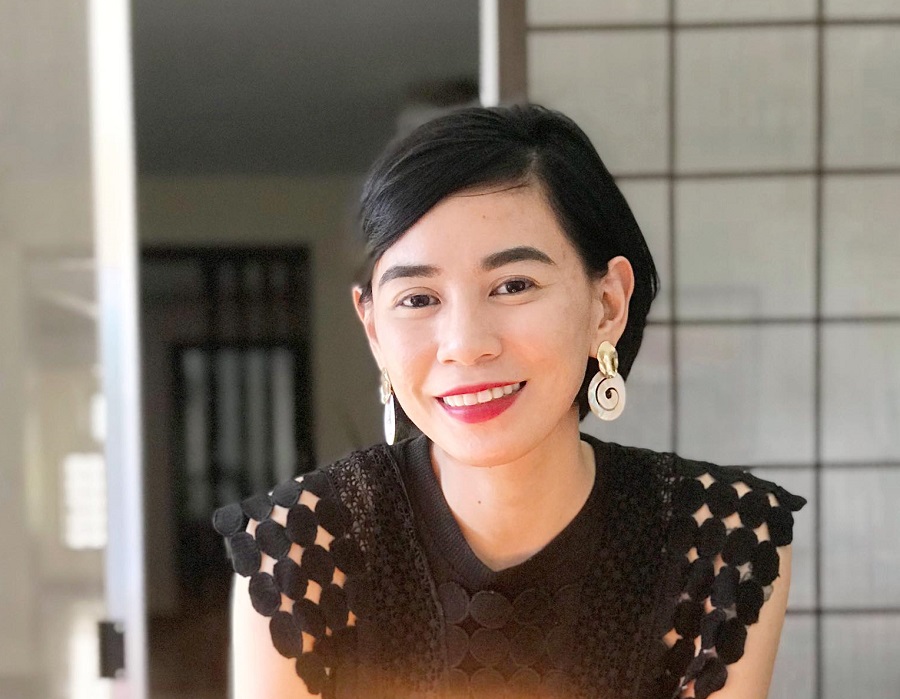 As the runner-up of the 2019 NextGen in Franchising competition and founder of the internationally successful What’s your FLAN? confectionery brand, Diana Rosario isn’t afraid to talk about her failures. In fact, without them, she wouldn’t have learned the lessons that made her the global success she is today.

“I had 14 failed businesses before What’s your FLAN?. During those early years, it was difficult to accept my fate and I started to believe that I was not born to become an entrepreneur,” Rosario explains. “But I was not ready to give up. My failures became my motivation and strength to keep me going.”

That motivation has led Rosario to now open 145 locations nationwide in the Philippines, as well as a master franchise in Alberta, Canada, and one in Dubai. 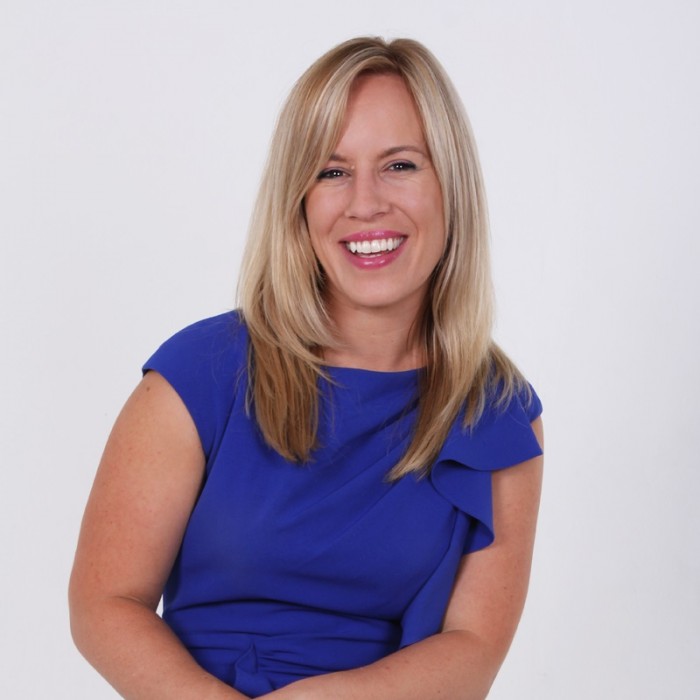 Amber Manning’s immersion in the franchise world could be seen as an inevitability, as she began her career as the youngest financial services franchisee in Australia at only 21 years old.

Now the CEO of Just Cuts Franchising, and with the aim to expand the brand’s portfolio of 220 hair salons to over 400 throughout Europe alone, Manning emphasizes the necessity of following your gut. “Just go for it, and don’t be afraid to ask an expert in your industry,” she says. “Try not to over complicate or have red tape slowing you down from your focus, which is always business growth and success for all.” 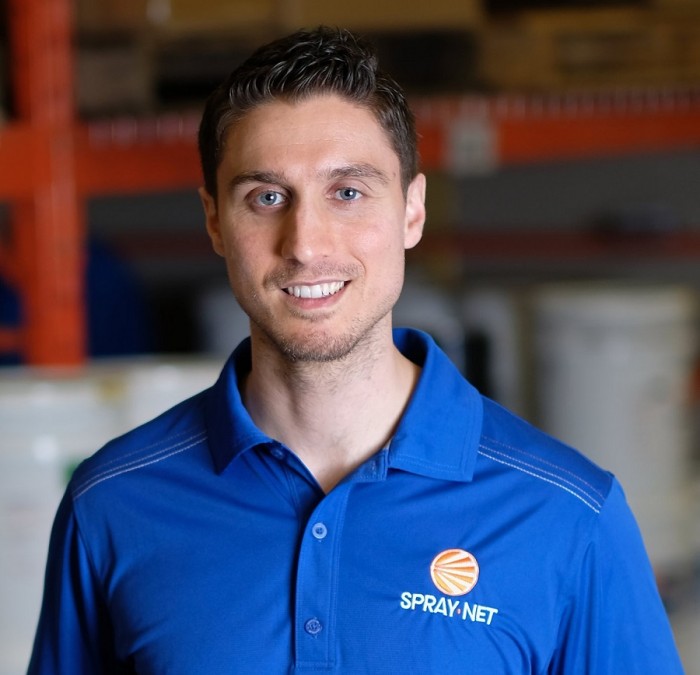 After joining College Pro as a franchisee at just 19 years old, Carmelo Marsala recognized how a gap in the market could be filled in the world of exterior painting. The franchise model appealed to Marsala, and so he decided to become a franchisor with the founding of Spray-Net in 2009. Years later his growing brand would take home the 2016 grand prize at the NextGen in Franchising competition, and continue expanding from there.

His advice to young entrepreneurs looking to join a franchise network? “Talk to existing owners and really make sure you see yourself working with the corporate team. Do you like them, and do you trust that these guys can work together through thick and thin? Because the franchisee/franchisor relationship truly is like a marriage.”

“One of the most valuable lessons, and perhaps the most difficult to learn, is that there are going to be unavoidable failures” 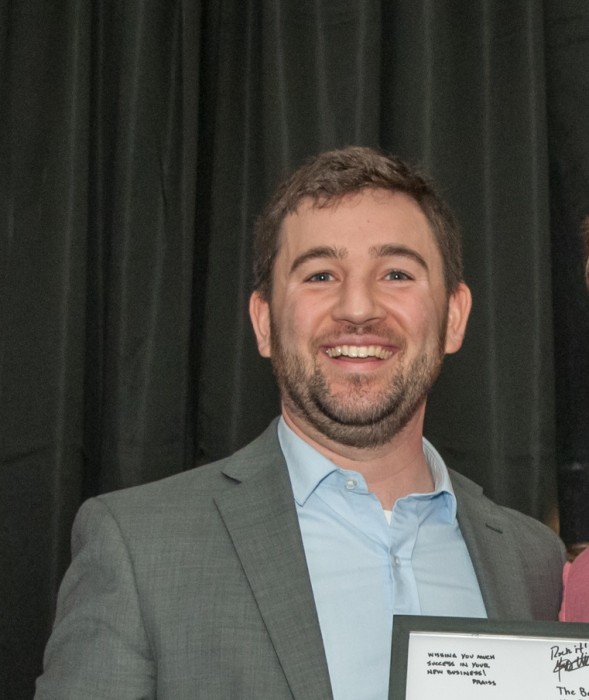 As a public school music teacher in 2008, Jordan Black knew that he wanted something more from life. Education was fulfilling, but he found himself constantly pursuing side hustles and starting small businesses. This drive for something greater grew, and soon Black decided to pursue a new career path as a Two Maids & A Mop multi-unit franchisee.

“One of the most valuable lessons, and perhaps the most difficult to learn, is that there are going to be unavoidable failures,” says Black. “You are going to make mistakes, and that is just going to be part of the journey as an entrepreneur. Instead of letting them bring you down, you have to embrace the failures as opportunities for development and success.”

In the future, Black plans to increase his portfolio of Two Maids & A Mop locations, so that he can continue to have the flexibility to live the life that he wants. 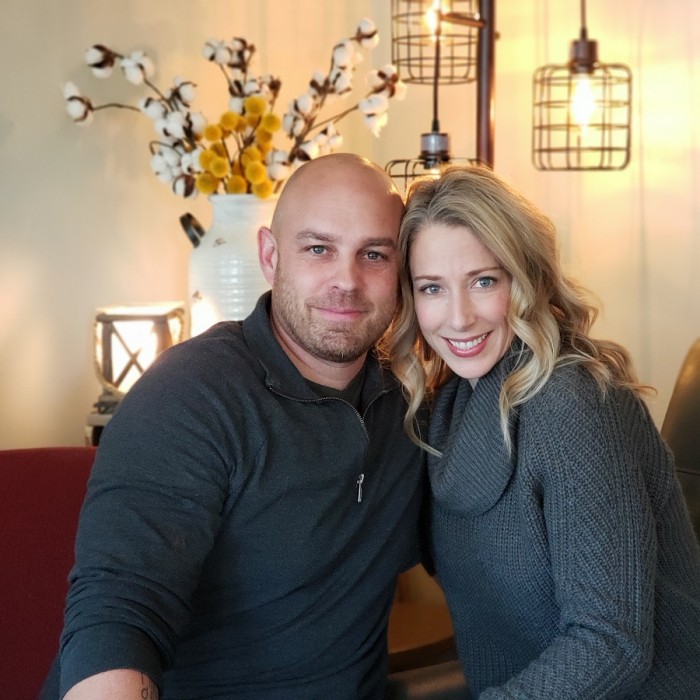 Amanda White was lacking a sense of passion when she first considered the idea of becoming a franchisee. She had worked as a social media and events planner, traveling a lot, and not seeing her family often enough. Soon, the prospect of starting her own business became a priority.

“Entrepreneurship is the American dream,” says White. “To have a franchisor to lean on for support and guidance but also have the flexibility to create my own local marketing plans and own a business in an industry that I’m passionate about is a far more fulfilling career path than sitting at a desk from 9-5.”

White’s long-term goals have been postponed as a result of COVID-19, but her aim is to eventually expand to a second Vitality Bowls location and acquire a food truck to attend events once it becomes viable to do so. 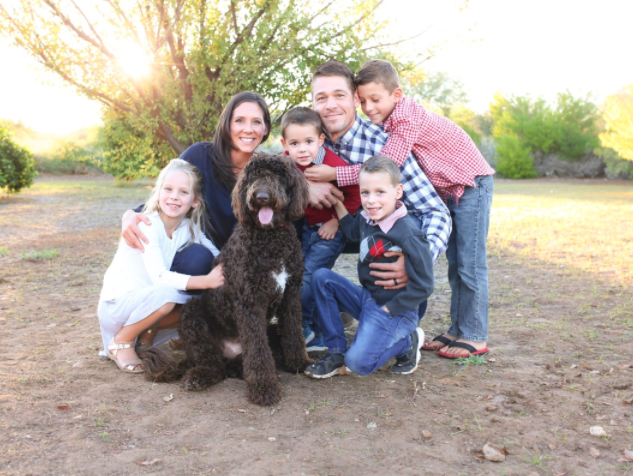 Coming off the back of a career in the NFL as a professional player and then a sport psychologist, John Carlson knew nothing about owning a business. However, the idea of owning a franchise appealed to him, on account of the proven business model and ongoing training and support that the model offered.

“One of the most valuable pieces of advice that I received was to spend as much time in another store as possible,” says Carlson. “By doing so, you get a sense of the typical day as a franchise owner.”

John only opened his Phoenix Christian Brothers Automotive location in June 2020 but is enthusiastic about the further growth potential for the auto service franchise, currently operating throughout 30 states in the U.S.

by Global Franchise Team
Insight Is the sun setting for small franchisees?

by Global Franchise Team
Insight Why do franchisors need fees?