IFA publishes ‘The Value of Franchising Report’ from Oxford Economics

IFA publishes ‘The Value of Franchising Report’ from Oxford Economics

Here are the key takeaways from the report

Here are the key takeaways from the report.

The International Franchise Association (IFA) and Oxford Economics have teamed up to produce a report on the value of the franchising industry in the U.S. When commissioned to produce this report, Oxford Economics was asked to consider and analyze pay for workers in franchised locations versus those who work in non-franchised locations, assessing franchising as a path to entrepreneurship and understanding the value a franchise brings to a local area in terms of its supply chain and charitable activities.

“This week, the IFA launched ‘the value of franchising’ report, and we saw it as economic research to help address some of the misapprehensions that many in the public, but also thought leaders, stakeholders and lawmakers seem to have about franchising,” said Michael Layman, the International Franchise Association’s (IFA) vice president of federal governmental relations.

How franchised businesses treat their employees

“We’re finding a lot of employees are coming to our chain restaurants from independents. They’re getting more understanding environment, one that’s willing to pay more and treat their people better,” said Dan Rowe, founder and CEO of Fransmart, the franchise developer behind the likes of Five Guys Burger & Fries, QDOBA Mexican Grill and many more.

Employees in franchised locations enjoy a number of benefits over their non-franchised counterparts, though many of these benefits are not particularly substantial. Franchise firms clearly do better in some areas; from the promotion of workers to manager roles to providing more non-wage compensation in the form of paid sick leave, holidays and health insurance. The one area in which franchises come worse off, is providing workers with retirement plans. 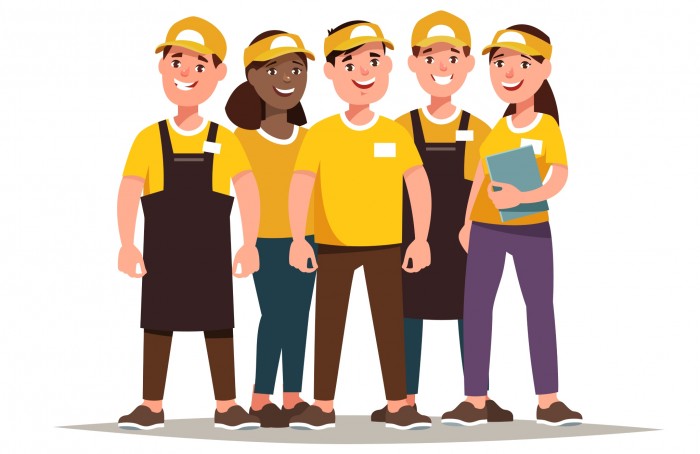 Franchising as a path to entrepreneurship

Franchising has often been considered the easiest and most accessible path to entrepreneurship, and the figures prove this. Franchisees opt for the franchise model for the numerous economic benefits (marketing, ready-built brand, procurement) that can more easily facilitate running a business.

“Depending on what statistic you look at, around 80 per cent of independent businesses fail where 80 per cent of franchise businesses succeed. When you have a franchise, you basically are buying into a proven, predictable system,” said Rowe.

“Success leaves clues in in any system. You’re going to find the best and the worst across the spectrum, but you can at least look at what the most successful franchisees in any given system are doing.”

Franchising also gives lesser-represented minority groups a better chance at business ownership. The 2016 Annual Survey of Entrepreneurs also suggests that franchise establishments are more likely to have an owner of color than non-franchises and that can be seen across the entire franchise industry, not just in a few isolated sectors.
“We have long-standing data prior to this report. that there’s a higher percentage of people of color owning a franchise, higher percentage of women owning a franchise,” said Layman.

“26 per cent of franchises are owned by people of color, compared with 17 per cent of independent businesses.”

Franchising’s impact on the local community

“Franchise businesses tend to have higher sales, so you’re basically you can afford to pay people more and you’re going to be paying more in taxes,” said Rowe.

“Every franchise I’m involved with actually has a specific mandate to get involved in their local community, to sponsor local events and give money back to their community.”

While many franchisors extract royalties and small portions of profit from their franchisees, many leave much of the profit with franchisees to facilitate their growth and expansion. The consequence of this is that franchisees spend and employ locally to keep growing their business. Local taxes paid by franchisees also contribute to the upkeep and development of an area.

The nature of franchising often means that workers in franchised locations require specific training, much of which comes from the franchisor and receive on average, 33.4 hours of formal training a year, something many employees in independent businesses cannot offer.

Franchising is a valuable part of the American economy

In 2019, franchising recorded an output of around $787.5bn, worth around three per cent of GDP and employed 8.4 million people. Franchising covers a large portion of the American economy and has laid roots in every single nook and cranny of the U.S economy, it’s impossible to imagine the business landscape and lack of choices consumers would have without franchising.

“Franchising has often been considered the easiest and most accessible path to entrepreneurship, and the figures prove this”

Franchising isn’t simply cold, hard business; it has a strong human element. So many franchisees are people with entrepreneurial spirit who have worked salaried roles for most of their life and want to start something new for themselves and their families. Franchising has afforded them that opportunity without the huge risks that come with independent businesses.

It also, directly and indirectly, impacts the local community. Whether it’s hiring the services of a local builder to construct a new location or hiring local people, a lot of the money generated and spent by a franchisee remains in the local economy. Franchisees are often mandated to spend money in their local community too, franchisors recognize the value and profitability of investing in the local community.

This report also confirms a long-held notion that franchising gives lesser-represented groups a chance at entrepreneurship.

Franchising is a significant part of the American economy, and will play an important role in its recovery and resurgence.

The full report can be found here.

View All events articles
Insight Are you a trustworthy franchisor?