The PRO Act: A death knell for franchising? | Global Franchise

The PRO Act: A death knell for franchising?

The PRO Act: A death knell for franchising?

What is the PRO Act and what does it do?

The thrust of the PRO Act is to strengthen the ability of employees to unionize, and to penalize employers who try to discourage unionization. It also institutes California’s independent contractor ABC test as well as the joint-employer standard that puts liability for a franchisee’s actions in the court of the franchisor.

“The PRO Act is a symptom of our divided political times. For two generations in the U.S., labor organizations have been losing market share, in terms of union membership of the overall workforce, since the 1950s and the end of the second Industrial Revolution,” said Michael Layman, the International Franchise Association’s (IFA) vice president of federal governmental relations.

“Consequently, organized labor has spent a lot of time with their friends, academia and think tanks to decide what to do about that loss of market share.”

One of the most ground-breaking things the new Act would do is to reclassify many independent contractors as employees.

The Act also changes what is known as the ‘joint-employer’ standard, meaning that the employee of a franchisee could be considered the employee of a franchisor, kicking up a legal quagmire in the event of any transgressions by the franchisee. It can also place additional financial burdens on an employer as employees need to be availed of their benefits and as well as having to pay payroll taxes.

This Act will also attempt to establish the Californian ABC test on a national level, instituted in Assembly Bill 5 (AB5) in the state of California. The ABC test is designed to distinguish between employees and independent contractors during a period in which many are employed in the ‘gig economy’.

The test asks whether:

The Protect the Right to Organize Act was passed in the House of Representatives on March 9, 2021, with a bipartisan vote and could be significantly strengthened if passed by the Senate.

What does it mean for the franchise industry?

Currently, franchisees are viewed as small business owners and employers and franchisors are not considered to be the employer of a franchise business.

The joint-employer standard could upend this long-held understanding and threatens to treat franchisees as employees of the franchisor.

“There is a very similar ABC test for independent contractor status in the PRO Act, that we fear would demote franchisees to employees of their brand. That is not what they signed up to do”

“The PRO Act has the potential to shift responsibility and liability associated with operating a franchised business, and control over one’s own business and employment decisions, from the franchisee to the franchisor,” said Dale Cohen, partner at Akerman LLP.

“It deprives both parties of the ultimate benefit of their bargain negotiated when entering into the franchise agreement.”

This fundamentally misreads the intention of a franchisor when selling its concept, and the franchisee when buying into it.

Franchisors use franchising as a method to grow the business and concept without having to search for and run a new location, and franchisees use the franchise model as a means to business ownership and a path of entrepreneurship. Franchisors could simply open locations themselves and hire managers and staff if the goal was to treat franchisees as employees, or offer no support to franchisees whatsoever to maintain their independent statuses. 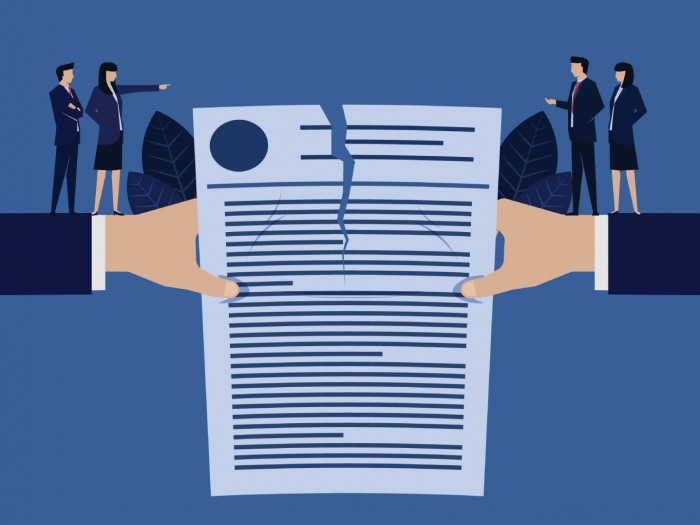 Many franchisors are opposed to this since they do not exercise such control over franchisees and do not feel as if they should be held responsible for actions they do not approve or even know of.

The current ABC test is framed in such a way that it would be very difficult to consider a franchisee anything but an employee.

Franchisees will struggle to meet one of the conditions, let alone all three that are needed to establish as an independent contractor.

“With the California test for franchising, what we fear is that franchisees are made employees of the brand in the stores that they own and operate, based on a plain reading of the Act,” said Layman.

“There is a very similar ABC test for independent contractor status in the PRO Act, that we fear would demote franchisees to employees of their brand. That is not what they signed up to do. This is the worst way to change the rules in the middle of the game for franchising.

“Californian lawmakers knew how unworkable the AB5 law was when they were writing it for the California economy. They wrote over 100 exemptions into their law to allow certain industries to continue to operate freely as independent contractors. The PRO Act features no industry exemptions of any kind.”

Proponents of the PRO Act say that it will not allow franchisors to use their status as the franchisor to stay away from negotiating with workers and also note that the National Labor Relations Board (NLRB), who enforce U.S. labor law, has never found a franchisee and franchisor to be joint-employers.

Can the PRO Act be improved?

While its proponents may laud its noble intentions to give workers in the gig economy a leg up, it’s entirely reasonable to interpret this bill as the latest move in a power struggle.

Falling levels of unionization have left unions with a shrinking membership and fewer dues every year. This can be seen in the Act, where it has the power to override right-to-work laws, meaning employees can be forced to pay union dues and be terminated from their roles, citing union security.

The Act could exempt the joint-employer standard and independent contractor test from the franchising industry.

“The best way to improve the PRO Act would be to condition a joint employer standard upon two putative employers directly controlling the terms, conditions and day to day operations of an employee,” said Cohen.

“Short of any such fundamental shift in the standard imposed, the next best solution would be to include a recognition that the franchise business model is largely predicated on the franchisor operating in the same business as its franchisees.

“Franchisors maintain indirect control over its franchisees to ensure quality control, and to therefore include a carve-out for the franchise industry from the PRO Act’s application.”

The IFA is continuing to fight this Act.

“We are going to need to continue to fight for another year and a half, at least until the midterm 2022 Congressional elections, which will change the makeup of Congress,” said Layman.

“But until then, the PRO Act will remain too close to becoming law for any of us to let up.”

Franchising deserves to be supported, not weakened

The PRO Act, like many laws with noble intentions, has unintended consequences. Franchising has always been a driver of economic growth and activity in the U.S., especially during the pandemic.

The relationship between a franchisor and a franchisee has been carefully calibrated across the years and within different industries. The PRO Act threatens to upend years of collaboration by declaring franchisees, who are in reality small business owners, as employees of a franchisor.

While U.S. labor law does need upgrading with additional protections for workers, penalizing the entire franchising industry is not the correct way to go about it. Franchising needs to be protected, and if anything, encouraged to create growth and jobs in the vibrant, American economy.

View All events articles
Insight How to embrace workplace wellbeing

by Raghav Patel
Insight The future of franchising in Australia