We and our partners store and/or access information on a device, such as unique IDs in cookies to process personal data. You may accept or manage your choices by clicking below, including your right to object where legitimate interest is used, or at any time in the privacy policy page. These choices will be signalled to our partners and will not affect browsing data.

We and our partners process data to provide:

Franchising is a truly international industry, and experts in growth and development can be found the world over. For the purposes of this powerlist, we’ve gathered 10 exemplary franchising professionals from Europe; each influential in both their domestic market, all while making waves on the international stage

Franchising is a truly international industry, and experts in growth and development can be found the world over. For the purposes of this powerlist, we’ve gathered 10 exemplary franchising professionals from Europe; each influential in both their domestic market, all while making waves on the international stage.

This powerlist is brought to you by Seeds Consulting, a one-stop-shop for food and beverage investment, franchising, real estate and operational know-how 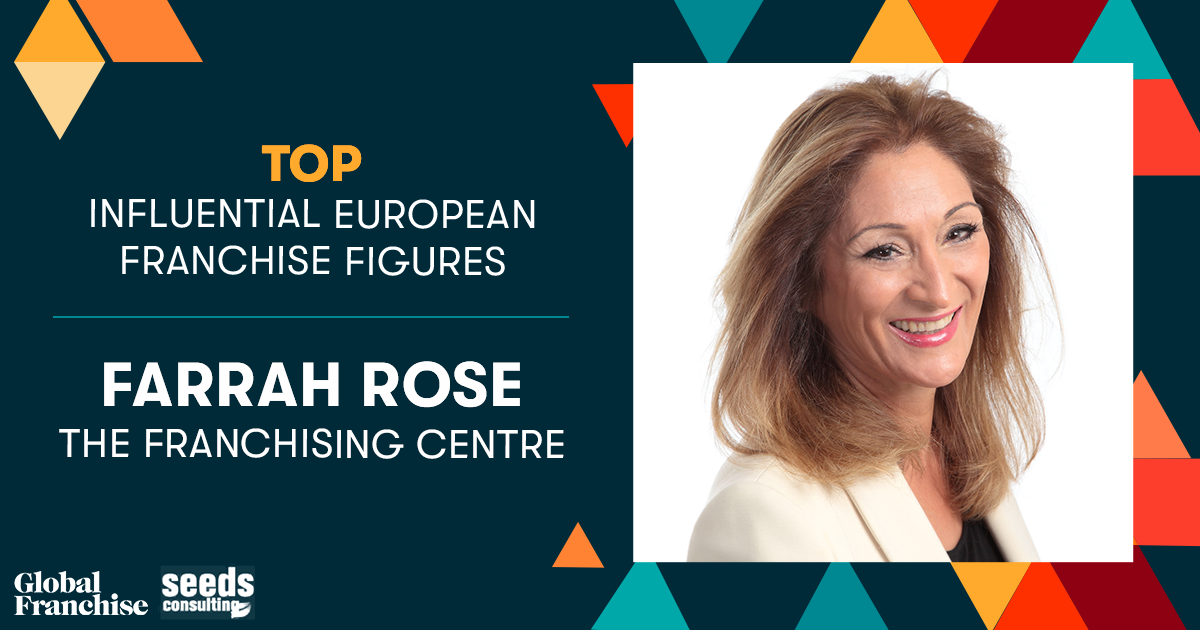 Leading authorities such as the British Franchise Association and the UK Trade & Investment (UKTI) refer to The Franchising Centre’s international division for guidance, and Farrah is a frequent speaker for both organizations.

In total, Farrah manages a network of over 75 brokers in 103 countries, with a particular focus on new and emerging growth markets. Put simply: if you’re looking for an expert take on where you should take your brand next, she’s the person you should turn to. 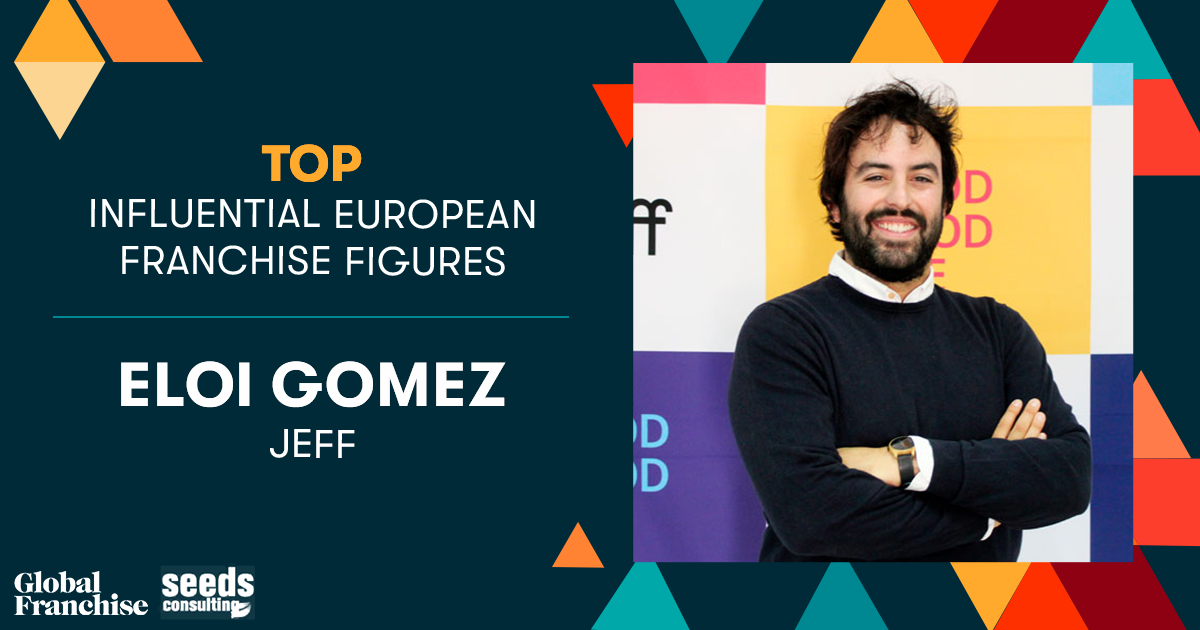 Eloi Gómez was one of three Spanish entrepreneurs to create Mr Jeff back in 2015: a home delivery laundry and dry-cleaning service that sought to respond to the frustration that consumers had around having to do their own washing and ironing. Its convenient pick-up model took advantage of the mass acceptance of delivery services like food aggregation platforms.

Following the international success of Mr Jeff, Gómez and his team launched three new franchising verticals in 2019: Beauty Jeff, Fit Jeff, and Relax Jeff. Each focusing on the disciplines of beauty, fitness, and wellness, respectively, these three new opportunities broadened the Jeff offering and turned a successful singular idea into a network of possibilities. At the heart of it? Gómez’s drive to bring a tech-centric business opportunity to adventurous entrepreneurs like himself.

Today, Jeff has grown to over 2,000 locations throughout Europe, Latin America, the Middle East, and Southeast Asia; with a strong focus on North American development throughout 2021 and beyond. 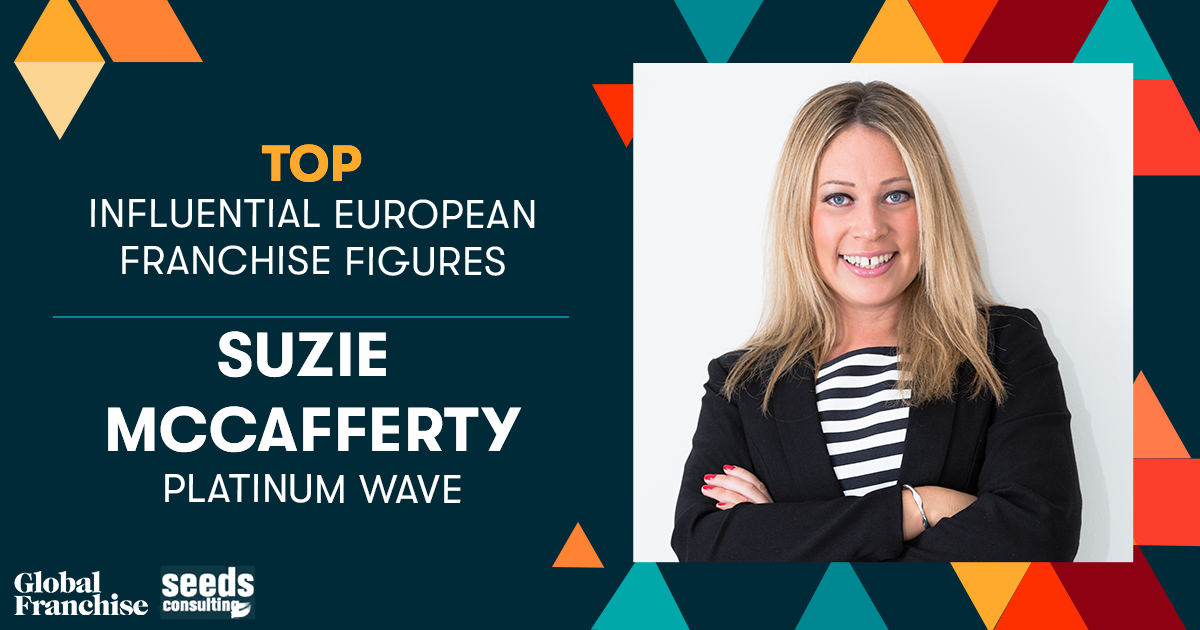 No doubt a familiar face to the U.K. franchise industry, Suzie McCafferty boasts an impressive 20-plus-year career in international franchising and consultancy. She’s recognized domestically and internationally as an expert of the business model, and also as an advocate for female entrepreneurs looking to build a career for themselves. 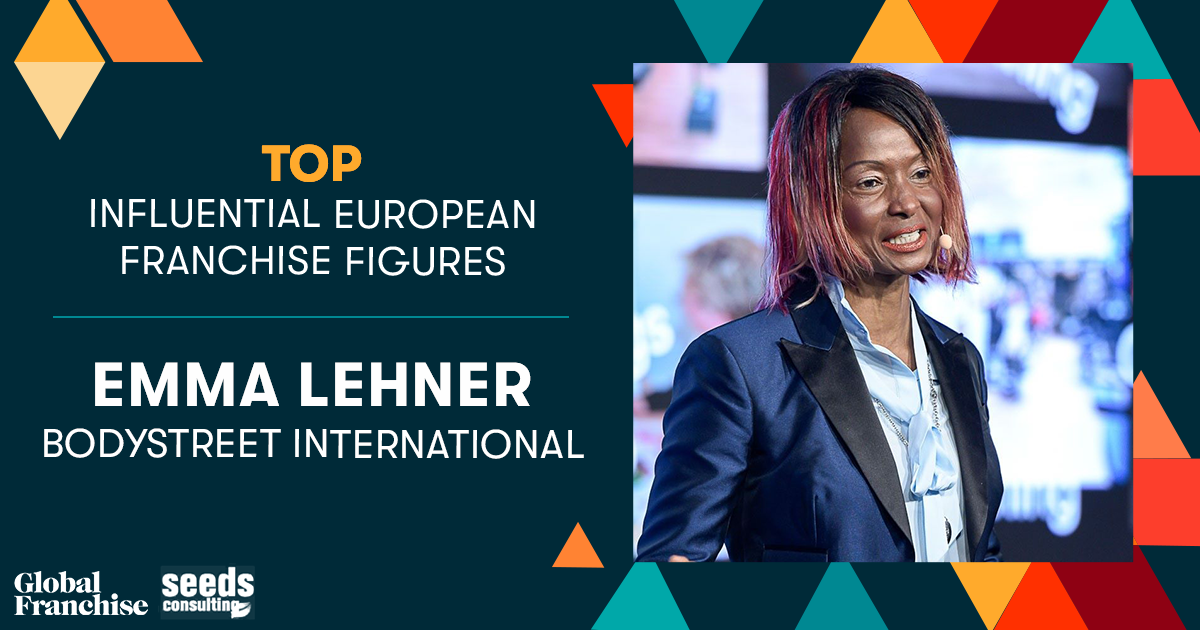 Today, Emma Lehner is known as the CEO and co-founder of Bodystreet International; a Germany-based fitness franchising concept, revolutionizing the electrical muscle stimulation (EMS) method of working out. But before this, she was a professional athlete and a member of the Tanzanian National Athletics Association. You could say that fitness runs through her veins.

It’s this experience and passion for the fitness franchising industry that has driven Lehner in growing Bodystreet at such an impressive pace. Expanding far beyond its German roots, the workout brand now operates over 300 studios in seven different countries, including the U.K., U.S., Austria, Italy, Gibraltar, and Tanzania.

It makes sense why Bodysteet has taken hold the world over. Fitness is a popular industry in franchising, and the brand’s 20-minute, tech-backed workouts appeal to a new generation of consumer looking for something fresh in a familiar workout landscape. For Lehner and her team, this can only mean continued growth of the Bodystreet brand, and a further proliferation of the business’ unique spin on workout tech. 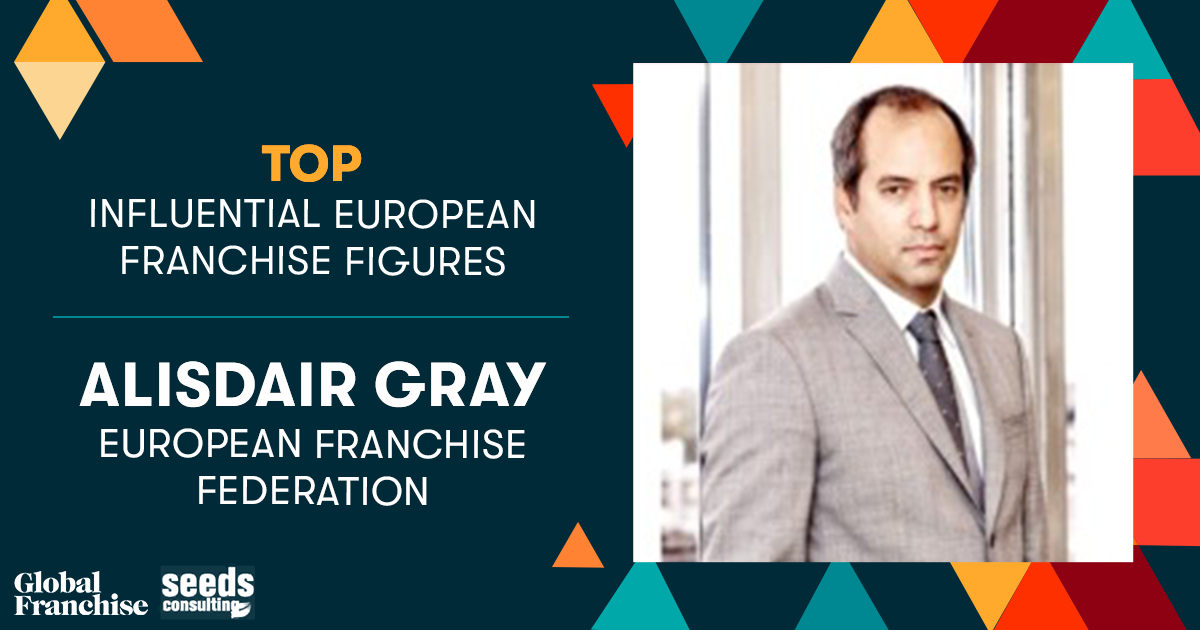 Alisdair Gray was appointed executive director of the European Franchise Federation in 2021, and for over 15 years, he has worked with retailers on numerous aspects of EU business operations to make processes more efficient and profitable. This has included overturning the payment card monopoly at the EU level, as well as helping to bring about a reform of the EU’s trade defence instrument regime following a series of trade disputes between the EU and China.

In his running of the day-to-day operations of the European Franchise Federation, Gray advocates on behalf of its members towards government, and oversees the building of a European franchise community whereby all members can network, communicate, and learn from each other.

International franchising thrives when there’s an open line of communication on all levels, so the work that Gray is doing is nothing short of instrumental in the future of Europe’s exciting and dynamic franchise scene. 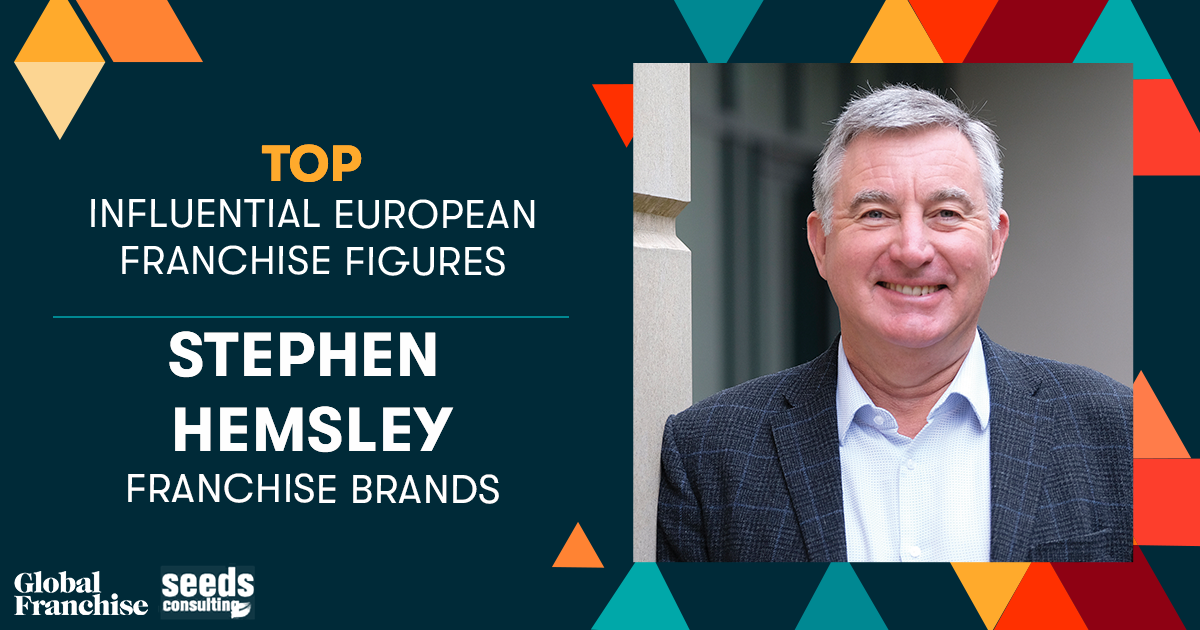 Based in Milton Keynes in the U.K., Stephen Hemsley is the executive chairman and director of Franchise Brands. The group was co-founded by Helmsley in 2008 and now represents a combined network of over 425 franchisees across seven franchise brands: Metro Rod, Metro Plumb, Willow Pumps, ChipsAway, Ovenclean, Barking Mad, and The Handyman Van.

Hemsley was directly involved in the acquisitions of the Metro Rod and Willow Pumps brands, and is also a chartered accountant, spending nearly 10 years with venture capital company 3i as an investment director.

In supporting and expanding its multiple concepts, Franchise Brands is driven under Hemsley’s guidance by five principles: integrity, empowerment, challenging oneself, fairness, and teamwork. While these specific five pillars could be attributed to the way that Hemsley’s organization conducts itself, they are also universal in their alignment with truly ethical international franchising. 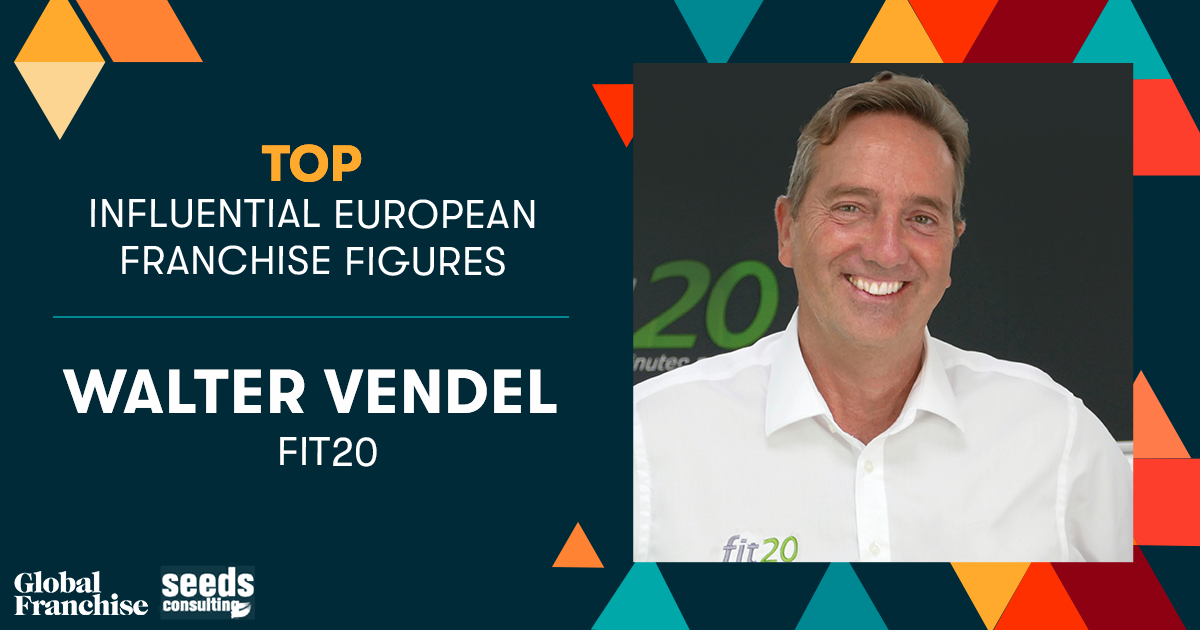 Based in the historical city of Zwolle in the Netherlands, Walter Vendel has always been immersed in the more alternative forms of fitness that you may not find in the likes of a big-box workout center. He used to train the modern Japanese martial art of aikido twice a week, and after several sessions with his physiotherapist, Vendel recognized that there may be a market in Europe for personal training sessions that are bespoke to the client’s wants and needs.

Piloting the first fit20 prototype in the Dutch municipality of Nunspeet, Vendel soon realized that this could be the start of something big. The franchise brand was officially launched in October 2009, and in January 2015, Vendel took up the role of CEO to propel the boutique fitness operation to bold new heights.

Today, fit20 has over 145 locations across the U.S., the U.K., Germany, France, Belgium, Sweden, Qatar, and New Zealand. Vendel has constructed the model so that new locations can break even in six to nine months; sharing his franchising success with even more members of the entrepreneurial fitness community. 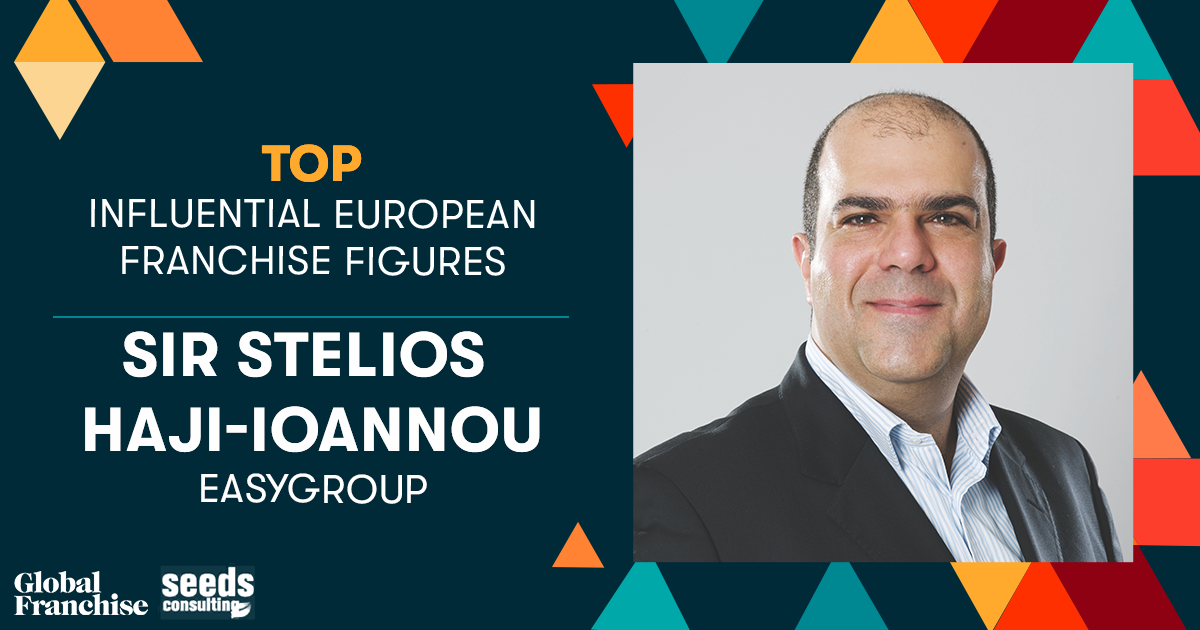 Perhaps best known for founding low-cost airline easyJet, Sir Stelios Haji-Ioannou is the Greek Cypriot entrepreneur behind many of the franchise industry’s most recognizable brands, which all sit under the easyGroup banner. From the accommodation mainstay easyHotel to the low cost fitness operation easyGym, Haji-Ioannou’s fingerprints can be seen all across the franchise industry, and his influence is matched only by his brands’ ubiquitous nature.

Haji-Ioannou is also the founder of the Stelios Philanthropic Foundation, which was set up to provide diverse support to charitable activities throughout the world; primarily in locations where its founder has lived and worked. Most recently, this support has come in the form of large donations to charities throughout the U.K., Greece, Monaco, and Cyprus; all given to frontline carers, NHS staff, and other care services to help better the lives of locals and those in need. 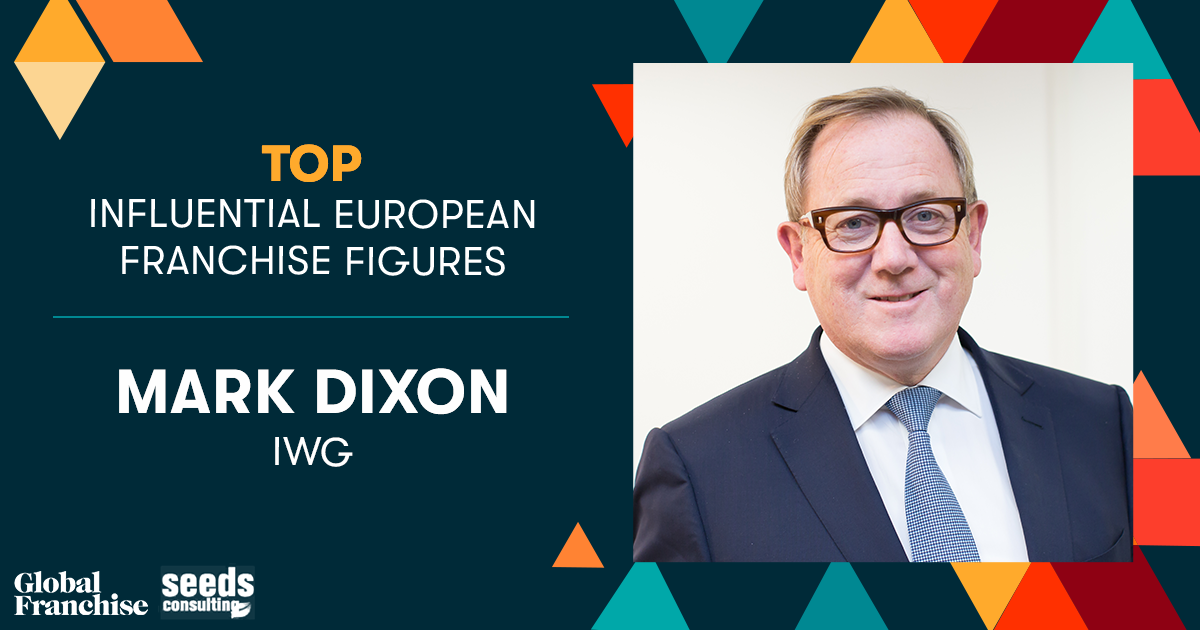 Mark Dixon is the founder and CEO of the highly prevalent International Workplace Group, formerly known as Regus. The flexible workspace franchise industry is seeing nothing but growth and expansion in light of COVID-19’s shake-up of how we work, and IWG has been at the forefront of bringing this previously niche sector into the mainstream.

Dixon founded the Regus Group in Brussels in 1989, and has acquired a reputation for his leadership and innovation throughout the industry. He is the recipient of several awards for how IWG has since revolutionized the flexible working environment, and few entrepreneurs within this burgeoning space don’t at least partially owe their success to Dixon’s trendsetting approach to business development. 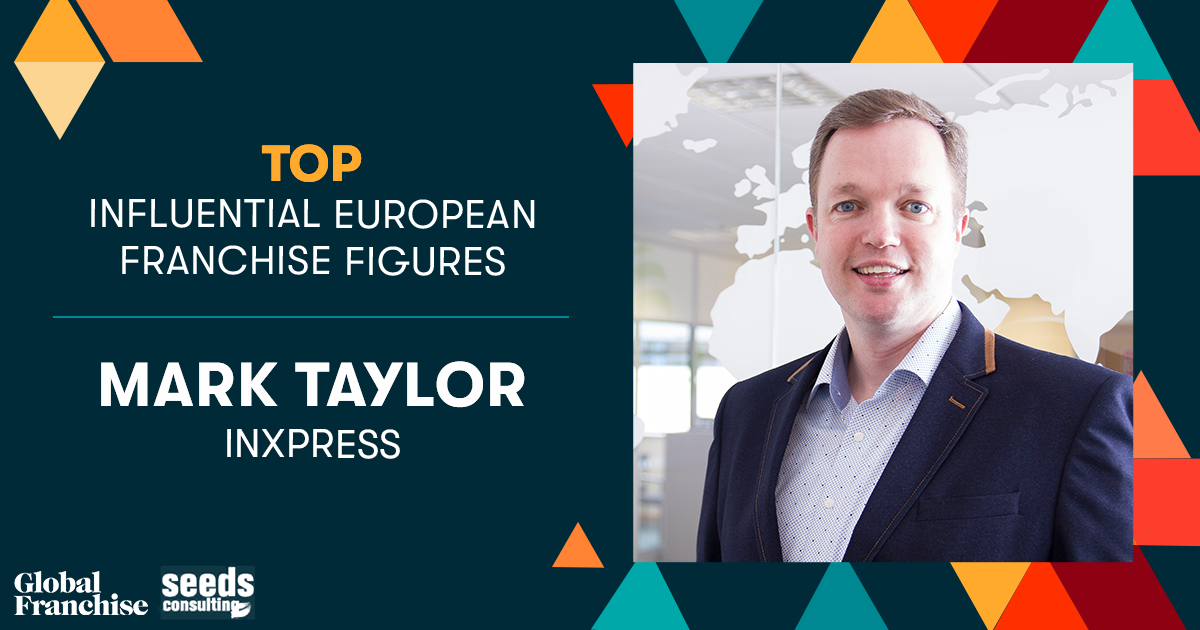 Mark Taylor’s track record of leadership stems further than his previous six years as InXpress’ global CEO. In fact, he’s previously been the CEO for the likes of Chem-Dry UK, as well as managing director U.K. and Ireland for BELFOR Europe GmbH. When it comes to running a successful international brand, Taylor has a honed repertoire of skills and knowledge to rely on.

This year, Taylor’s leadership led InXpress to taking home both the Global Franchise Champion title, as well as the Best While Collar Franchise accolade at the Global Franchise Awards 2021. The shipping and courier franchisor’s appeal continues to attract investment from all over Europe and beyond, and the brand has dedicated delivery partners in many countries to provide its franchisees and customers with the absolute best service possible.

Want to keep updated on our series of European-focused powerlists? Don’t miss a single monthly powerlist – sign up below to receive a notification when the next piece goes live:

News Meet the prestigious judges of the Global Franchise Awards 2022
You’ve reached your article limit for this month.

by Kieran M
View all