Gain leverage over other brands

Winners not only become part of an elite franchise alumni, but they will feature across Global Franchise's output for the year ahead. With targeted distribution at franchise expositions, airport and heliport lounges, business centres and other franchise-related events - not to mention a strong online presence and podcast brand - you can rest assured that your franchise will be showcased to a wealth of prospective master franchisees and international investors.

Your franchise judged by the best

We've assembled an esteemed judging panel made up of franchise experts and international association leaders. Click here to meet this year's array of prestigious judges. 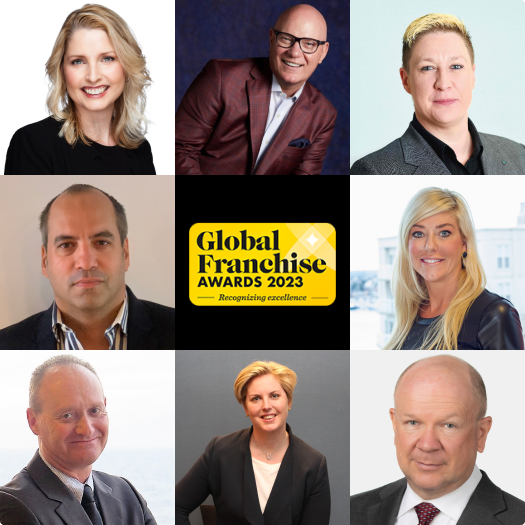 Winners of the Global Franchise Awards 2023 are set to be announced during our ceremony in Las Vegas, as part of the IFA Annual Convention in February. This will be the ultimate location to promote your achievement, and we’ll be posting live updates as the winners are announced.

Winning brands will also be covered extensively in Global Franchise magazine, as well as across our social media, on The Global Franchise Podcast, and in international and national trade media from around the world. 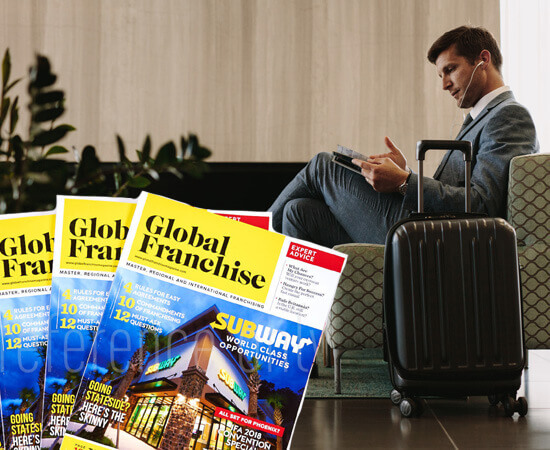 “For Boost to be recognized on the global stage by such an esteemed judging panel and amongst many exceptional brands is something we are very proud of. The last couple of years have challenged us all in ways we had never imagined, so it’s incredibly encouraging that our brand has been acknowledged for both our core business and how we responded to the pandemic: keeping the blenders on, supporting our franchise partners, and ultimately ensuring our customers could continue to rely on us for a nutritious and delicious drink!”

“We are honored to be recognized for a second consecutive year for our global leadership in child enrichment. Our extraordinary franchisees, school teams, and corporate support staff are dedicated to bringing the transformative experience of performance-based music education and our compelling business model to markets around the world.”

“We are honored and thrilled to be recognized with the Best Signage & Communications Franchise award for multiple years. We know this would not be possible without our network of outstanding franchisees and team as we continue to lead this industry.”

“Our entire team is incredibly honored to win this award, as it validates all the hard work that goes on behind the scenes in order for our organization to run smoothly. It recognizes Chem-Dry for what it does best, which is supporting its franchisees while also making homes and workplaces cleaner, healthier and safer”

“It is an incredible honor to accept this Global Franchise Award. Receiving this accolade validates the Home Instead client-first, personalized approach to care, as well as our ongoing work to revolutionize the future of elder care.”

“Every lawyer claims to be the best – even when they are not! Winning an award, especially when the award is given by the prestigious Global Franchise magazine and the judges included the chief executive of bfa and the chief executive of the European Franchise Federation, is recognition that can be trusted and is not made up “puff” from a law firm’s marketing department – means a great deal to us and we will certainly refer to our award at every opportunity!”

“We have strong faith in our brand and this award is a well-deserved recognition. We have been waiting for this moment for quite some time. We have always won our customer’s heart in every country we opened our franchise in.”

“We are incredibly grateful and humbled to win this prestigious award. We’d like to thank Global Franchise magazine and the judges for this honor. Most importantly we’d like to thank our clients, who trust in us and give us the opportunity to contribute to their continuing success.”

“We are extremely grateful and honored to have been nominated and have won the Best PR & Marketing award. This means the world to us and is a great recognition of our hard work and continuous success.”

“After having a record-breaking year in 2021, it is rewarding to be recognized by Global Franchise for the Best White Collar Franchise award. Like many industries across the globe, there were multiple obstacles we had to overcome in the staffing space, which made us even more proud of what we were able to accomplish.”

Check out what last year’s winners had to say in our Global Franchise Awards 2022 ceremony video!

Discover who won these esteemed accolades in previous years by checking out the winners here.

Have a question or interested in sponsoring our awards?

Get in touch with us at [email protected]